Over a year ago, VinK of vink.etsy.com and Millionminds.etsy.com bought a card from me (above), right after I moved to Indonesia, where she lives. She said she's been eyeing my cards :-) for a while but finally bought a card when I offered local shipping.

We then became good friends and talked a lot through convos and e-mails. It's strange, but we never called each other or met up until....a day before my departure to Canada. A year went by so fast that we could not believe that we did not have the time to meet up. Perhaps, it's because we're so busy with our own day-to-day life. I felt guilty though :-( and wish that I saw her in person a little bit more.

But as she said, although we don't 'see' each other that much, we have shared a lot of stuff that develops a good friendship. Friends that meet up in person may not have this good relationship that we have. I concurred. 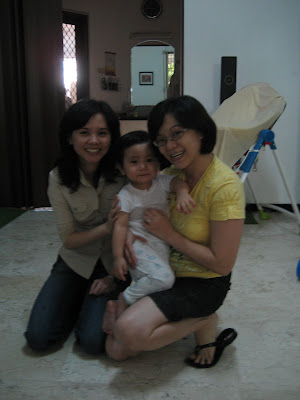 But really! I wish I saw her more than once in a year knowing that we lived in the same town.
Posted by Adorebynat at 5:54 PM