Remember that I mentioned about a task that I need to do after finishing the sweet pink felt cards custom order?
Just in time for me to move on to my other 'task' which I'll share with you soon. But don't be excited, cause I'm not. It's has nothing to do with cardmaking, unfortunately.

Remember I said this here?
It has been those many sleepless nights thinking about how our life is going to be in a couple of months. I'm not ready to share now, maybe in the near future when the time is right. Just the thought of it exhausts me already.
Well....We're moving .... AGAIN.

At the end of January 2010, another major change kicked in again. I decided to take the job offer from my previous boss. I know that this I'm going to be emotionally challanged as I'm going through the transition from a stay-at-home-mom to working mom, leaving my 2 years old son during daytime, a total of almost 12 hours a day. *sigh* 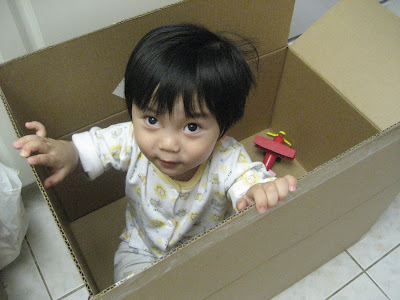 Fortunately, he'll be in my parents' childcare instead of some strangers, so that will give me a piece in mind. For this childcare arrangement, we need to move somewhere closer to my parents', hence the move.

Do you feel my exhaustion already on top of my roller coaster emotion away from my Ethan? I know millions moms can do this, and I should be able to....

And believe me, knowing the long-term plan that both my DH and I have, this moving will NOT be the last one. I know for sure that there will be more movings we have to do soon. The good side coming from all of these movings? Well, I'm an expert in packing and unpacking now hahaha.

Having said that, both of my shops, adorebynat and natsupplies remain open. The last shipping before the moving is today. The next shipping date is Wednesday, the 24th.

And the fun of Saturday Artisans and giveaways will continue. :-)
Posted by Adorebynat at 6:22 AM

Email ThisBlogThis!Share to TwitterShare to FacebookShare to Pinterest
Labels: life of an artist, moving